Twitter wanted to build a KSA national day hearts map. Twitter users were invited to heart a specific tweet on the clients twitter home page. When a user hearts this tweet, a green heart is generated on the spot on a micro-site as a representation of the map of Saudi Arabia which was filled in realtime by green hearts.
We designed and created a custom hearts map that represents the geography of KSA. Based on the real time data streamed to the microsite, the hearts would grow, change colour and animate accordingly.
We Built a system connected directly to the Twitter API that captures the users who 'hearted' a specific tweet in the clients twitter home page. The system then streams the data to our servers, which then generates an auto-response that is sent to the users who interact with the tweet, and then streams the user's data to our hearts map microsite in real time.
We Built a slider that updates in realtime with every new tweet heart. The slider is also connected to the search feature as it auto slides to display the user's info.
The project(Region's first) received considerable news coverage and was acclaimed as a best in class brand activation by Twitter.

Twitter, one of the top 5 social platforms globally is well known for being the ideal platform for brands to engage with the market. Twitter is the only social network where brands and consumers have an even playing field and unrestricted lines of clear, concise communication. We provide Twitter with high end custom technological solutions that empower brands and helps them engage with the market in exciting and innovative ways. 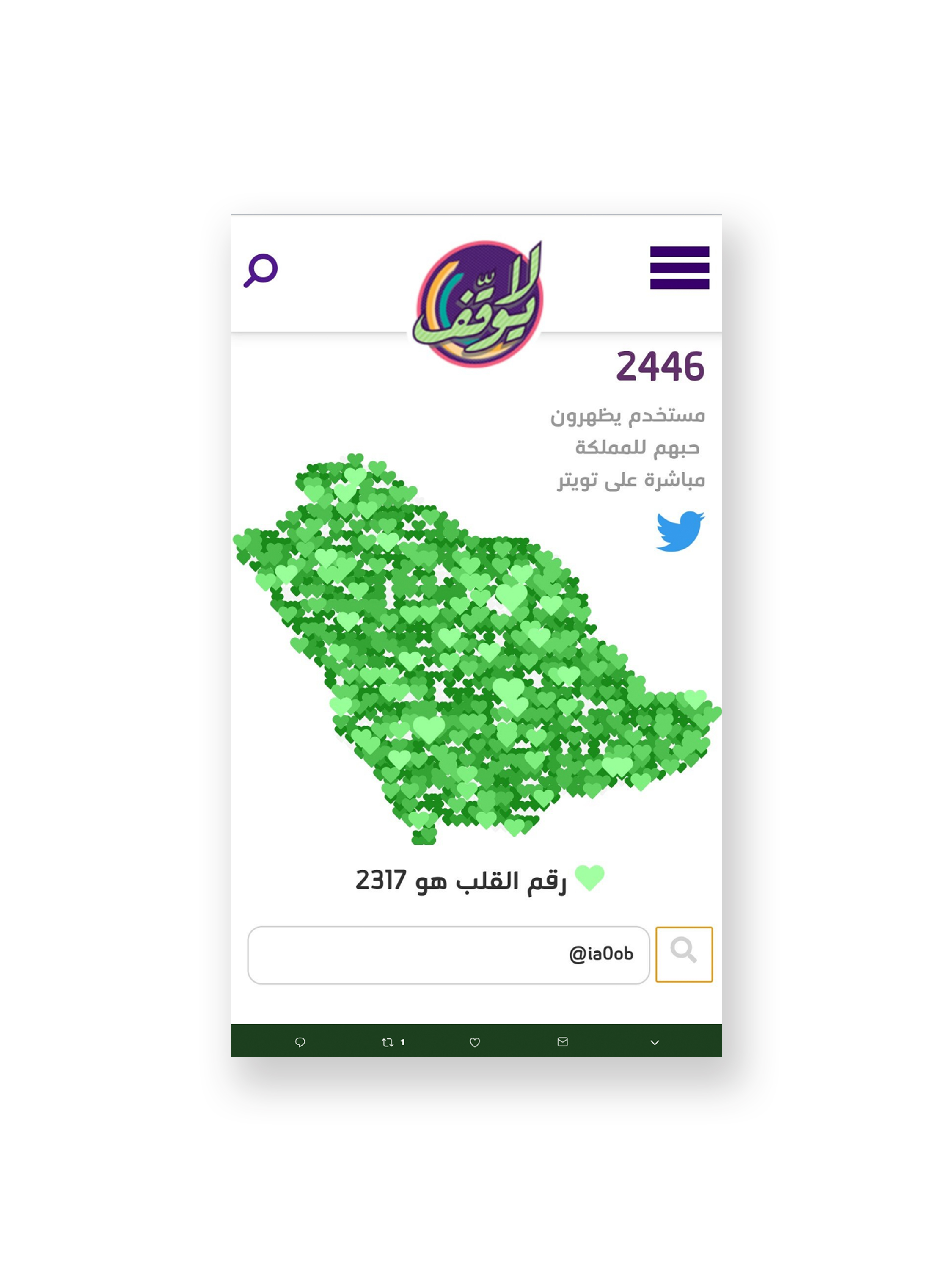 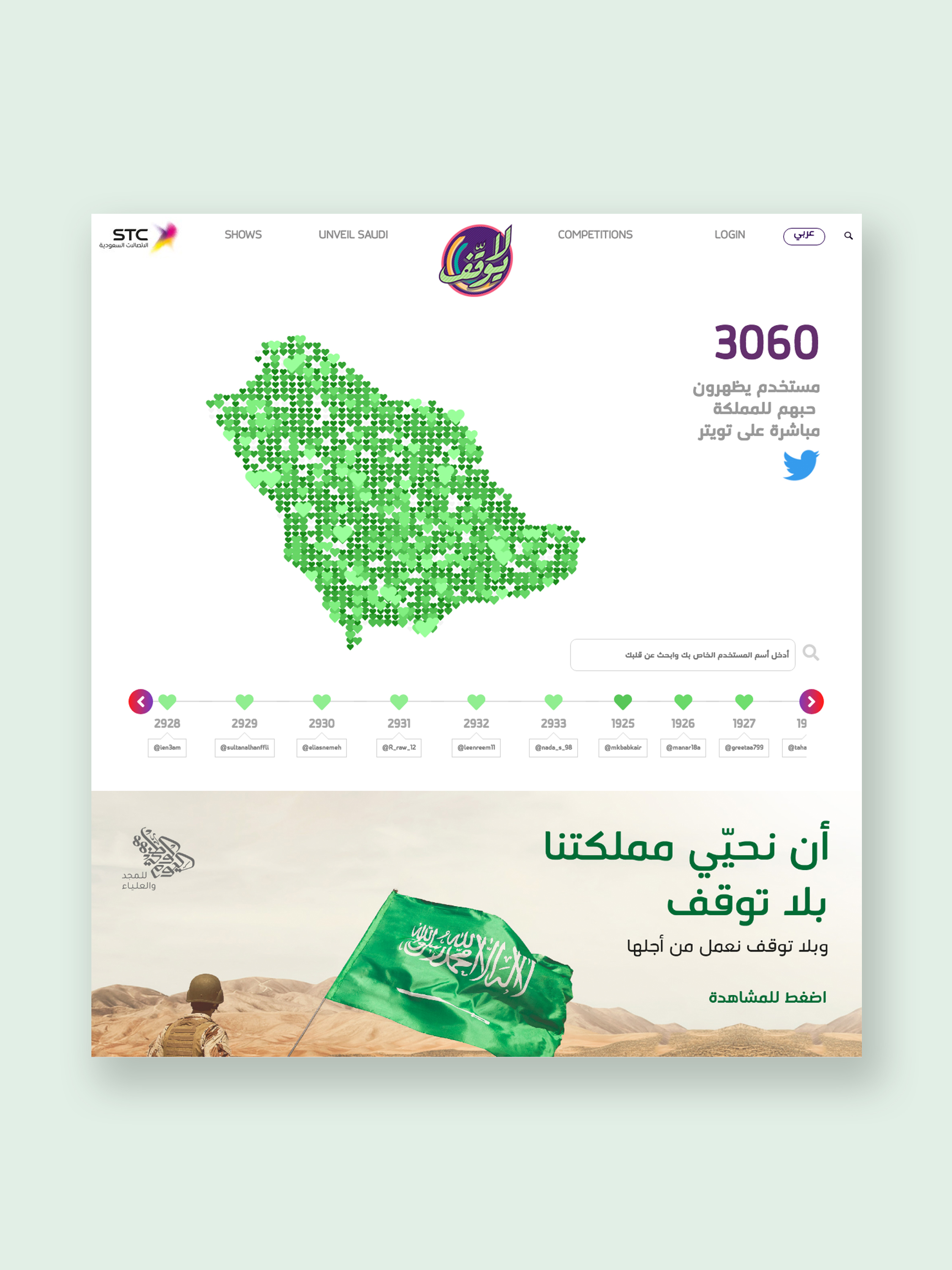 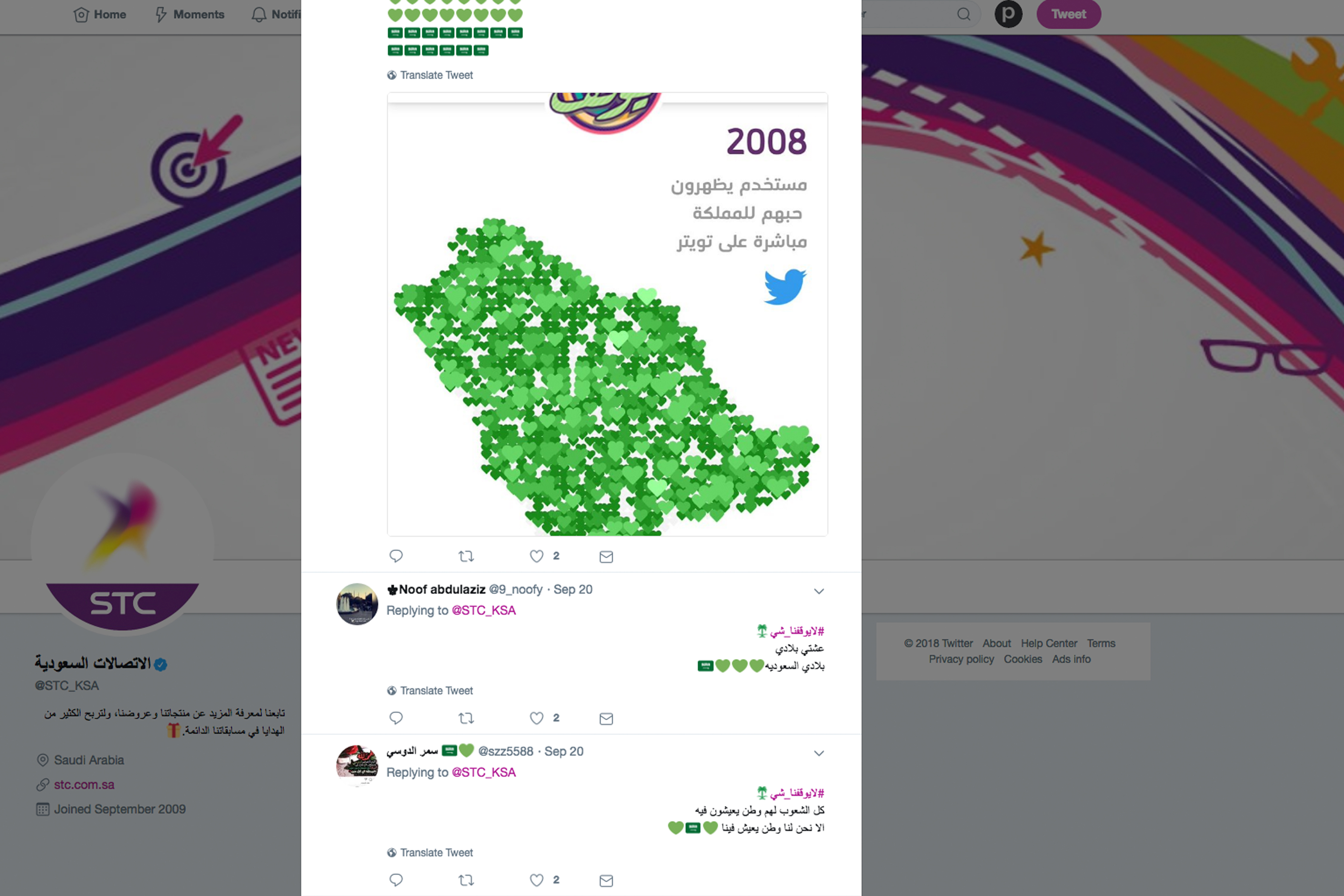